This is the post I have been wanting to write for over a week but have been too intimidated to attempt.  In the email I sent out the morning after we found out Allistaire had AML, I said that while I struggled with grieving all that is not as it should be, the Lord lifted my spirit and encouraged me to consider what might be.  On that gray foggy morning He asked me to be open to what wonders He might accomplish through this woe.  He reminded me that He does not waste pain, that His ways are not our ways but He promises ultimate good.  A few hours later I sat on an old mustard colored velvet pew at church and listened to the Lord speak to me once again – this time through His word as explained by our pastor.  “God promises that not only will you survive but you will have abundance which will overflow to others.”  This statement stunned me.  I felt as though God was literally talking straight to my face – I suppose indeed He was.  I do not necessarily take this as a promise that God will preserve Allistaire’s physical body, but that He will get me through this with so much blessing that I will, in turn, be one of His means of blessing to others.

In the gospel of John 7:37 – 39, it says, “On the last day of the feast, the great day, Jesus stood up and cried out, ‘If anyone thirsts, let him come to me and drink.  Whoever believes in me, as the Scripture has said, ‘Out of his heart will flow rivers of living water.” Now this He said about the Spirit, whom those who believed in Him were to receive, for as yet the Spirit had not been given, because Jesus was not yet  glorified.”  This is a promise that if we believe in who Jesus claims to be, we will not only have our own thirst quenched but that we will have such an overwhelming abundance of life giving water that others will also be blessed.  To hear a fuller and thrilling explanation of what Christ was declaring you can check out the sermon from December 11, 2011 here .

This quality of extravagance is something I have always reveled in about God.  He is constantly not just giving us what we need but giving us far beyond all we can ask or imagine.  He is a hyperbolic God – He is over the top in every way. Abundance, fullness, overflowing – these He promises even in the desert, in the waste land.  The thing about God though, is He will not be confined to my ideas of what should be – what is good – what is desirable.  He operates on a scale so far beyond me that I cannot even know how to ask for the good that He is offering.  So I seek to submit to His will, trusting in His claim to be the source of life – and not just life, but eternal life, and not just eternal life but abundant eternal life.

I find myself in a land not of my choosing but a land full of opportunity.  God has given me a voice in this place I have not had before.  I just met with a woman at Children’s to discuss some questions I had.  In the course of conversation I was able to tell her about Allistaire.  I was also able to hear about her own burden – her husband who has been cancer free for many years found a lump that they fear may be cancer returning.  They have a few days to wait until the results from the biopsy come back.  As our conversation progressed I told her I would be praying for she and her husband.  Then the Spirit encouraged me to go further.  I was able to sit with her and pray with her in her office.  I left her office after exchanging hugs.  Who could have known?  Who would have anticipated it?  It is a small thing, yes.  Is Allistaire’s life and all the heartache connected worth those few minutes?  It is the Lord who knows how all these moments and days He will weave together into the wondrous story He is telling.  I have had a chance to talk with so many people and hear their stories and tell ours.  I have been able to speak openly about my need for constant looking to the Lord for His sustaining grace.  I remember one fall when I started back to college at UW after a summer working at a Christian camp, I saw a friend on the bus.  She asked how my summer was.  I told her that it was great and about all the fun I had.  I had a great time playing crazy mission impossible night games with the kids, canoeing, going on slug hunts, hanging out with friends on the weekends and teaching young girls from Japan how to ride motorcycles – slow clutch – steady gas.  I did not tell her how God had moved my heart, how He convicted me of my sin and lifted me up over and over.  I subtracted the life giving core right out of those summer months with the Lord.  I offered her a husk of what was true.  I was afraid of what she might think.  I cared more about her opinion of me than about showing her the love of Christ which I have abundantly received and was being offered to her as well.  It is no wonder that people often don’t see our lives as something to be desired – we only let parts of ourselves to be seen.  In so doing we deny Christ and we fail to love one another.

Pray with me for Deb and her husband as they await news from the biopsy.  Pray that the Lord will fill me with His Spirit, that His words would be my words.  That He would give me eyes to see and ears to hear.  That in my fatigue, fear, sorrow, and laziness, His grace would be sufficient for me and He would be pleased to use me and this time in our life to bless others. Ask the Lord to give you eyes to see and ears to hear in the land in which He has placed you. 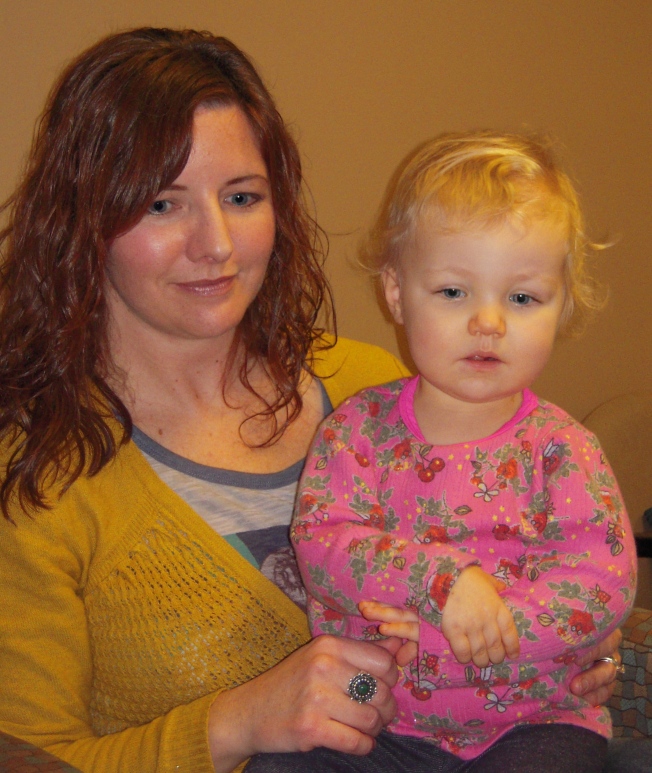 At Children's Hospital the evening we were told Allistaire had cancer