Allistaire saw a different doctor last Tuesday because our pediatrician was out of town and he began the appointment by asking a bunch of questions about how Allistaire was feeling, how long had she been this way and that.  After about 10 minutes of this I couldn’t stand it anymore, “what about her lab results?” I asked.  He seemed startled and explained the order he typically uses during an appointment, lab results being about two-thirds down on the list.  “Well, that doesn’t work for me,” I told him.  So in an effort not to do the very same thing to you, Allistaire’s blood test results have been good, both in December and last week, on January 22nd.

In December, we had the joy of seeing Dr. Pollard on Christmas Eve.  Allistaire’s exam was great and her blood test results were glorious:  Hematocrit 39.6, Platelets 238, White Blood Cell 9.1 and ANC 4286.  Never have I seen such full, lovely numbers – especially that ANC!  Overall we had a great time seeing quite a number of the old folks from the hospital including Chris who was in town from Buffalo, NY where he is playing college hockey against his cardiologist’s recommendations, for his check-up.  We saw Jenna who also had AML and had a transplant late last spring.  I was able to spend a bit of time with Shannon, mom of little man Jaxon, who has down syndrome and AML.  He is having a rough go as he has not responded to his many months of chemo (since last Feb or March) and thus it does not look like he will be able to have a transplant. Please be praying for he and his family.  We narrowly missed seeing Piper who was heading into the clinic soon after we had left.  She was originally scheduled to have her bone marrow transplant last week on the 22nd of January, but it has been rescheduled to February 4th.  Her mom says they are doing well.  I had the joy of seeing Stellablue and her mom Andrea in clinic.  It was so wonderful to see them and Stellablue is doing great.  She responded well to her new chemos and actually began the bone marrow transplant process last week.  She has completed all of her decimating chemo and is scheduled to get her own stem cells back this Thursday.  They call this a “stem cell rescue,” because they give her back her own stem cells they harvested from her a few months ago.  Because her cancer did not originally come from bone marrow stem cells, she is able to use her own for transplant, as opposed to someone in Allistaire’s case who would have to have donor stem cells since essentially, hers cannot be trusted – either to not have cancer cells in them, nor to defend against future cancer cells.  Fortunately for Stellablue, though she is very vulnerable to infection and viruses right now, she will not have to deal with GVHD (Graft Versus Host Disease) where the foreign immune system from the donor attacks the recipient’s body.  Lastly, I had a great time catching up with Pam, Caden’s mom.  Caden is doing really well!  He had his transplant 21 days ago and is gaining strength every day and may be able to get out of the hospital at the end of the week.  After this he still has to have radiation every day for 12 days starting in February and then after that, anti-body therapy.  Yet, we are SO thankful that God has brought he and his family safe this far!

We had a wonderful though packed visit to Seattle and enjoyed visiting my family and a number of friends.  The only bummer is that nearly everyone got sick.  Solveig got coughing first, then Allistaire, then myself.  It took a few weeks but we all seemed to be coming out of it and then Allistaire took a downward turn.  She began getting really grumpy, had little desire to eat, little interest in playing and just wanted to sort of stand around a lot and then the worst: fevers.  Anyone who has or is going through cancer-land knows that fevers mark something to be feared.  Sure, the doctors say sometimes you get mysterious fevers for no apparent reason but typically it is a signal that something is up.  In the hospital temperatures are checked at least every four hours and if you even get close to a fever, they begin checking every 30 minutes.  Once you “spike” a fever, it is game on – blood cultures are drawn, antibiotics are started and you wait to see what will grow.  In the hospital you are trained to be ever on alert for a fever, it is the thing you fear, the thing you dread, the thing you hope doesn’t happen.  So, this is the first fever Allistaire has had since leaving the hospital and I sensed the warm, spread of fear like water spilled on the floor, pooling out across the expanse.  I checked and rechecked and checked her temperature again and again.  I had the sensation that there might be something lurking just out of view of the corner of my eye.  Here, in this new reality where death has stalked, and thus far been eluded, every single thing Allistaire does is set up against the question of, “is it back?”  “Is she walking up and down the stairs?” is really the question of is there pain in her leg bones.  What time did she wake up this morning or how long was her nap or how pink are her cheeks or did she eat her lunch are all questions of, “does she have enough red blood cells to give her energy?”  Every change of clothes, change of diaper and bath is paired with the scanning eyes, roving over all her flesh, seeking to detect bruises, because I am wondering, “what are her platelets doing?”  There is a little patch of reddish dry skin on her back that looks like eczema, something Solveig has had a lot.  I remember the sentence, “an eczema like rash can signal the onset of the cancer’s reoccurrence.”  I don’t want to think like this.  But I have seen something my eyes cannot forget, my muscles hold the memory of it.  Like triggers from Post Traumatic Stress Disorder, I remember those days in the fall of 2011 when there were a hundred signs of illness, 99 of which could be explained away by “normal” causes.

I was on high alert.  I called Dr. Pollard in Seattle.  “You know Jai, Allistaire is allowed to get fevers,” she said to me.  What a concept – utterly foreign to me.  How do I distinguish between “ordinary/normal” sickness, being two years old, being a feisty little lass and cancer?  I have to wait and see.  Oh how I hate that.  Her regular monthly check-up was scheduled for Friday, January 25th, but because Allistaire had been clearly sick for at least 5 days, I decided that bringing her in a few days early wouldn’t hurt and might just be a good idea.  First off, Allistaire did a far better job of getting her blood taken this time than when we were in Seattle.  In Seattle, she fought so hard it took the full strength of three adults to hold her down to get the needle in.  This time it went much smoother.  As I said before, her blood test results were fine.  I say fine because they were not what I wanted to see but numbers the doctor repeatedly assured me were perfectly normal and within healthy parameters.  Her hematocrit was 38, Platelets 217, White Blood Cell 6.4 and ANC 2944.  What I really don’t like is that her platelets have continued down tiny bit by tiny bit at least since October, while still being in the normal range.  Everything points to her being just fine and her exam yielded the findings that she had a double ear infection, which likely accounts for her fevers, and bronchitis.  So she’s been on antibiotics for about 8 days now and has greatly improved in every way.  She seems to be her normal self and I am so thankful!  It has been repeatedly explained to me that all the blood count numbers are in constant fluctuation and this is perfectly normal.  But I don’t like it!  I don’t want to see numbers going down.  Like fevers, dropping numbers have been drilled into my brain as bad (unless of course you just got chemo and then you want to see them fall.)  So here we are – a “normal” little girl.  Remember the days of having a new-born and how just when you thought you had things figured out that little baby would change and you’d have to figure it all out again?  That’s sort of what life has felt like – getting adjusted to a new norm, just to have to change again just as things started to actually “feel” normal.

So what I really yearn to write about is all the thrashing about in my heart these things, these realities, continue to produce.  The Lord continues to be at work in me.  But, these are also weighty things.  Shadows and flashes of light, constantly moving so it is hard to get a fix on them.  Some contours of these truths are beginning to take form and focus.  Some I realize I have seen before, but flesh and detail continue to be laid down to give them fullness.  Another time. 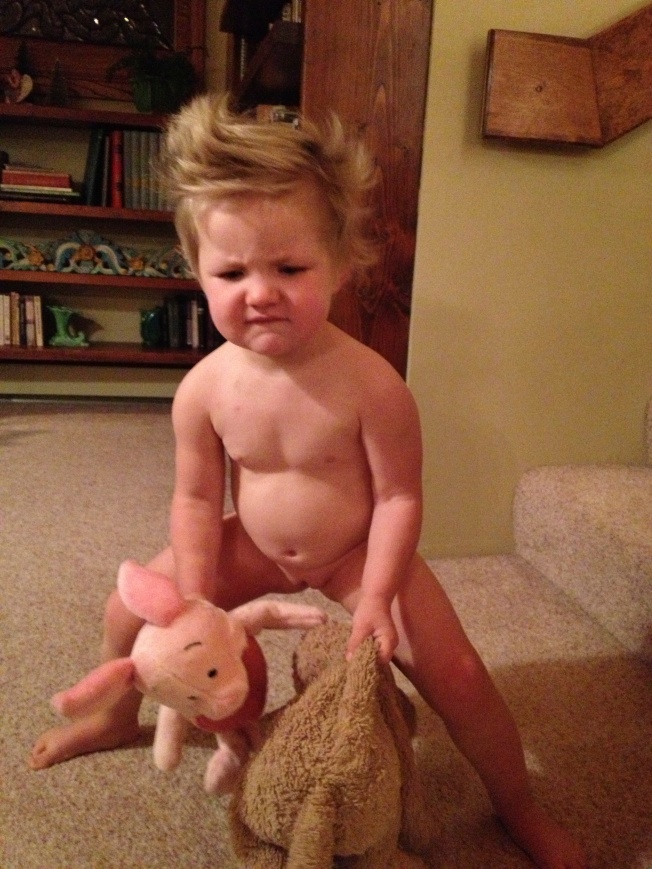 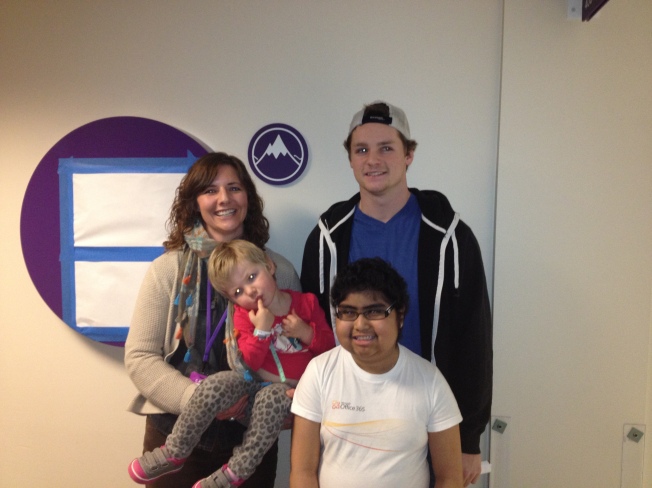 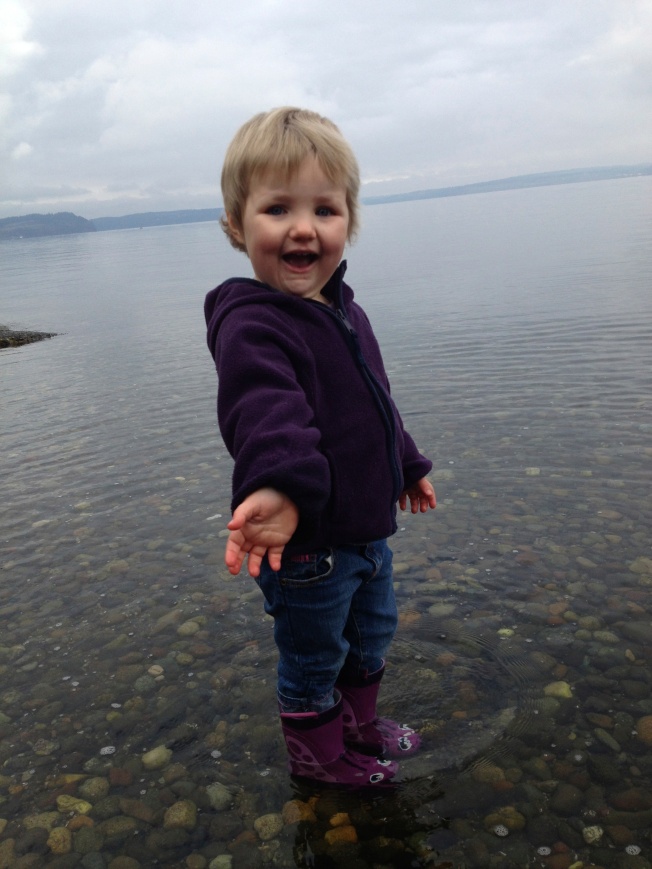 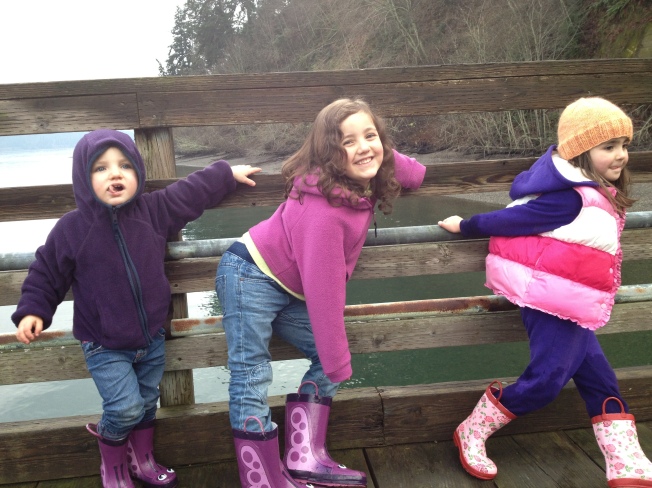