One year ago, on a beautiful winter Friday afternoon, December 9th, 2011, I saw the phone number for Seattle Children’s announce itself on my cell phone.  It was Dr. Tarlock saying that they had found cancer cells in Allistaire’s bone marrow.  They didn’t know yet what type of cancer it was, but we needed to get on the road to the hospital to admit her.  Only a week before she had gone to Children’s for the first time ever, in desperate need of blood transfusions.  On that day, December 1st, she had a hematocrit of 9 – only 25% of her red blood.  I later asked the doctor how long she would have lived with such a low hematocrit.  She calmly told me, “2-3 days.”  I will never, ever forget that moment.  The flood of terror that death had been so very narrowly escaped and the awe that I lived in a place in the world where I could get help for my child; immediate, excellent help to keep her alive.  Had I been living in another part of the world, I would simply have a dead child.

It has been one year – one leap year – since that day finding that monstrous word, “cancer,” dwelling intimately in our midst.  Prior to that, cancer was a word off to the side, far in the distance, relegated to the old and to the lives of those who seemed unreal, simply characters in a story rather than real, flesh and blood, moms and brothers, fathers and aunts.  Suddenly it came at us with rushing speed, like standing in front of a semi-truck barreling down the road straight toward you – and you stand, unable to move from the place where your feet are planted.  It is coming for you and there is nothing you can do, you are about to be taken down.

Today I am sitting in the Co-op in Bozeman.  Outside there is a terrific snow storm, causing giddiness to rise up collectively in the spirits of we Montanans.  I had to put the Suburban into four wheel drive to come into town.  I dropped Solveig off to make “Winter Wonderland” crafts at the Cancer Support Community of Montana.  They’re making decorations for the Cancer Care Unit at the hospital. These might seem like unremarkable activities and yet as I set these realities against the backdrop of the realities from one year ago – I am in awe – I am still in a bit of shock that this is my life – because it could have been so very different.  God took us down a path I could have never willfully chosen, a path i could never on my own desire.  A year ago, I felt my world cracking and breaking apart around me.  Sten had been offered a job in Bozeman on November 30th, the night before I first took Allistaire to the doctor.  The same night we had met with our real estate agent about short-selling our house.  In less than 24 hours, it felt as though everything had changed – we were on the cusp of walking down the road to such long hoped for goals and in a flash, seemingly insurmountable barriers rose up around us like looming dark walls.

I know I am redundant.  How many times have I recounted these details?  I cannot stop myself – this is part of my Exodus story.  The escape from the Egyptians, through looming walls of water of the Red Sea parted, is engrained in the Israelites.  It was the story the Lord commanded them to remember over and over and over.  Why?  Because it is the story of God’s deliverance, of His releasing them from bondage and into the provision and abundance of the promised land.  This is the story God recreates in a thousand, five million variations, over and over – it is the God that He is – a God who allows His finite creatures to be bound, that He might deliver.  Is He cruel?  He does it to demonstrate His love, His mercy, His grace, His power, His might, His glory.  Why?  Because He is arrogant and a showoff?  Oh, because He so unfathomably loves us and wants us to see Him, to see Him that we might have life!  Life!  He wants to bring us into the promised land – into Himself.

The thing is I am not done needing to be delivered, that’s why I recall this exodus in my life and why I recall the other stories of exodus that have also taken place in years long ago in my life.  In my email inbox the other day was yet another email from Anthropologie about a great sale.  I took a few minutes to peruse the offerings, all the while knowing we really didn’t have the money for me to be buying gorgeous clothes.  Two sweaters ended up in my cart.  I can’t wait and think this through, I told myself.  Sale items go quick.  If you want the good deal you’ve got to pounce.  With soaring speed, I pushed the “Order Now” button and it was done and I felt a rock in my stomach.  What was I thinking?  We have SO many other things we need to be spending our money on – tires for the car, getting the dog neutered, Christmas gifts, a trip to Seattle, paying the credit card – on and on the list goes.  The battle was on in my heart and mind.  Oh how beautiful these two sweaters are and such a great price, nearly half off.  Verses from the past week’s Bible Study Fellowship lesson rose up in my mind.  How I tried to push them back and convince myself it was okay.  There was a pair of pants in the closet I could return that I had not yet worn.  I was strategizing my sin.

“Do not store up for yourselves treasures on earth, where moths and vermin destroy, and where thieves break in and steal. But store up for yourselves treasures in heaven, where moths and vermin do not destroy, and where thieves do not break in and steal. For where your treasure is, there your heart will be also.”  Matthew 6:19-21

The doozy passage for me was James 4:1-10  “What causes fights and quarrels among you?  Don’t they come from your desires that battle within you?  You desire but do not have, so you kill.  You covet but you cannot get what you want, so you quarrel and fight.  You do not have because you do not ask God.  When you ask, you do not receive, because you ask with wrong motives, that you may spend what you get on your pleasures.  You adulterous people, don’t you know that friendship with the world means enmity against God?  Therefore, anyone who chooses to be a friend of the world becomes an enemy of God.  Or do you think Scripture says without reason that the spirit He  caused to live in us envies intensely?  But He give us more grace.  That is why Scriptures says:  “God opposes the proud but gives grace to the humble.”  Submit yourselves, then, to God.  Resist the devil and he will flee from you.  Come near to God and He will come near to you.  Wash your hands, you sinners, and purify your hears, you double-minded.  Grieve, mourn and wail.  Change your laughter to mourning and your joy to gloom.  Humble yourselves before the Lord, and He will lift you up.”

This is me.  I am the double-minded.  I am the adulterer that claims One love but goes off with another.  This is one of the cancers inside me – the constant battle to satisfy my immediate desires that thwart my greater and more eternal desires.  It eats at me and gnaws and I give in and hand myself over to it, so many times.  It looks so innocent, even lovely, even beautiful in colors of blue and silver – two little sweaters – where is the harm?  Sometimes I have victory but I often know defeat.  There are walls of my sin looming around me.  I am surrounded by them.  They feel insurmountable and they are a battle that has already lasted far longer than a year.  I am in need of deliverance.  “But He [God] give us MORE GRACE!”  I am mourning and I submit myself to the Lord.  The Lord has overcome much in my life.  I look back.  I look back over days gone that I might have eyes to see the day ahead.  I need Him to overcome my sin, to search it out, just like insidious cancer cells hiding out in my flesh.  I need Him to come into me with His Spirit and undo the death that dwells so metastasized in me.

The next morning I called the Anthropologie customer service number to try and cancel the order.  It had already been processed and was shipped.  The battle waged on in my heart as my courageous attempt to drive a stake into the heart of my choice fell flat.  The sweaters were on their way.  How would I resist them?  Perhaps I would just try them on and hope that they didn’t fit or I didn’t like them.  Another day passed.  Verses came into my mind again and again.  The word of the Lord calling to me.  Harkening to me. Entreating me to come toward Him.  To release my grip on the pleasures that would bring me fleeting joy and leave me feeling ugly and defeated in short time.  I left a hurried message on Sten’s voice mail the next day.  Don’t let me open that package.  If I see them I don’t know that I can reject them.  Pathetic.  I know.  I feel the shame of my sad struggle.  How can something so small entice me so powerfully.  But beauty does this to me and I convince myself that beauty is not wrong, that my love and yearning for beauty is something that God created in me.  It is evidence of His beauty.  And these are truths.  Beauty is not wrong.  But I grab hold of the bit of beauty and reject the greater beauty and that is ugliness.

I had no intention to write about this struggle in my life, but here it is.  I celebrate this day as I look back one year ago and see how far the Lord has brought us – I walked through the valley of the shadow of death and have come out into a beautiful expanse, toppled walls behind me.  I celebrate what my Father has done and ask that He would continue to show us, to show me, more grace.  I ask for more toppled walls.  The Anthropologie package is supposed to be delivered today.  Wars are won a battle at a time.  War is gritty and unlovely and rarely glamourous.  I wonder how often the foot soldier felt nobel when no music played as he put one foot in front of the other trying to take ground.

I have no photos to show you of victories won in my heart.  But I leave you with pictures of life – tangible evidence of God’s grace extended.  I also have a few more numbers for you:  3,200 ANC, 6.4 white blood cells, 245 platelets and 40 hematocrit.  These were Allistaire’s blood counts on November 30th, 2012 – one year to the day from her first blood test.  Thank you GOD!  Our next appointment is on Christmas Eve morning, 12/24, at Seattle Children’s.  We thank God for giving Allistaire 7 cancer-free months since she ended her treatment!!! 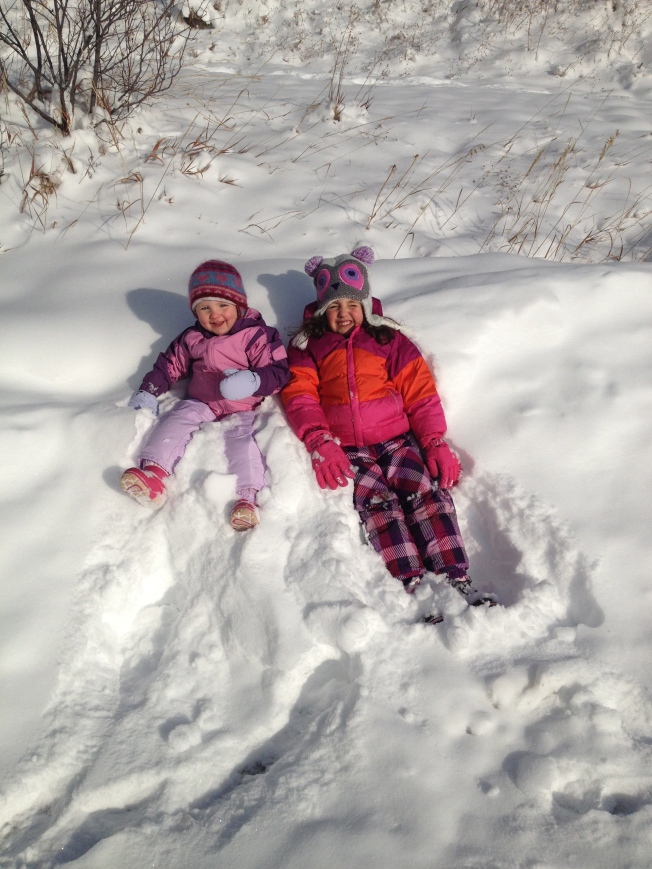 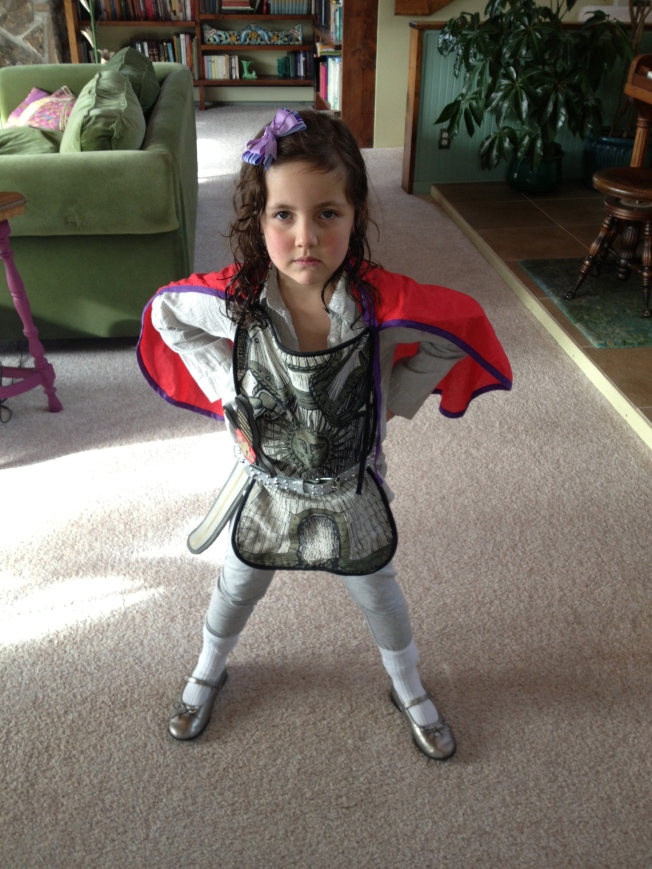