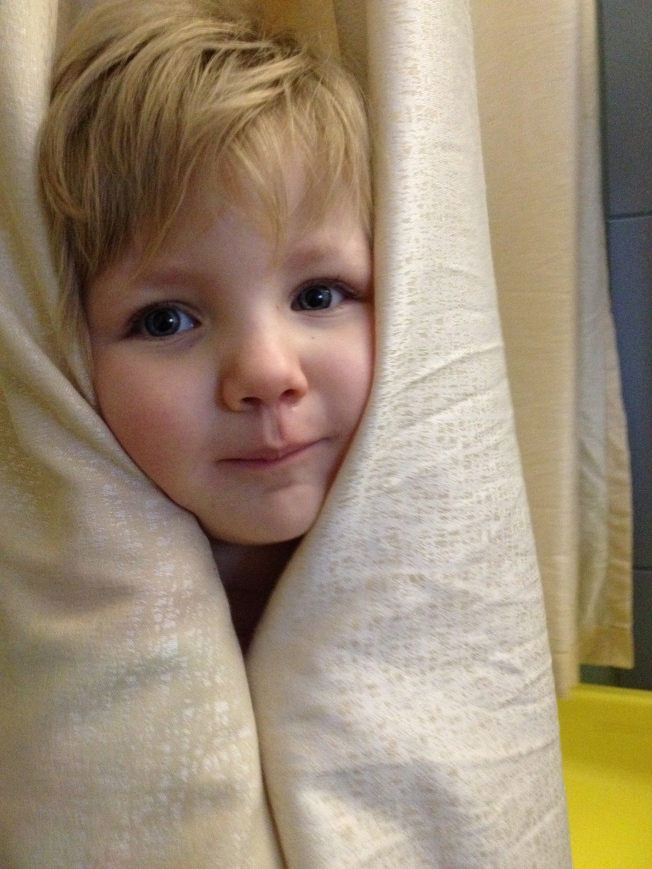 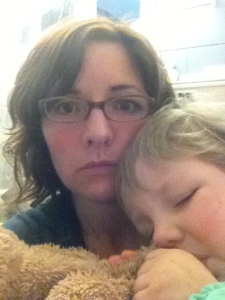 I will have to keep this short.  Allistaire just fell asleep after yet another time of having a masked forced down on her face while she writhed and screamed and flailed her hands.  She HAS to get this Ribavirin.  She has to get rid of this virus.  Absolutely nothing can move forward without this RSV being over.  Her ANC continues at zero.

While I was thankful that Allistaire’s absolute blast level had lowered the last two days, the pathology reports came back confirming that the blasts are leukemic.  This means she is absolutely not in remission and on Tuesday she will have a bone marrow biopsy to see how much is in her marrow and a lumbar puncture to see if it’s in her spinal fluid.

Because of the RSV, her transplant was already automatically delayed 3-4 weeks which would necessitate more chemo.  Now we are desperate for chemo – any chemo that will work against this beast.  The attending doctor on service said that her ability to clear these infections is imperative in order to give her even the opportunity to be on a clinical study, should there be one available to her.  Oh, I just found out as well this afternoon, that the fever from early Saturday morning, and the subsequent blood cultures drawn, showed she has a blood infection from the bacteria, Streptococcus.  Fortunately, now that she is on two antibiotics, Cefepime and Vancomycin, she shouldn’t have too much trouble getting over this specific bacterial infection.

The one encouragement, is that she actually still seems in relatively good health – relative being the operative word.  Her lungs still sound great and I guess that infections of Streptococcus in AML patients can often lead to an ICU visit when it first hits.  Allistaire has had almost no symptoms of anything.

Sten and I are in horrified amazement that things have turned so fast, despite being told so many times that this can be the case and despite seeing it happen to others.  It is just one of those things that seems impossible but you are watching it happen and participating in it but being outside of it at the same time.  Sten is going to fly in on Wednesday hopefully, instead of Thursday evening as planned.  It will be so good to have him here.  It is hard to be apart and only communicating by phone when a hug is all you want for yourself and are able to give.

On top of all the physical realities for Allistaire, she has been mostly awful to be totally honest.  The last couple of days have been so rough.  She screams and wails until her face turns read and she pounds her fist and flexes her legs.  She absolutely rages.  I oscillate between being gentle, to flat to raging myself, to weeping.  I so want to care gently and kindly for her but she is so upset so much of the time.  It feels like my little sweets is already being taken from me.  The Allistaire of a few days ago seems mostly gone.  Though, I will say, there was about 5 minutes this evening, when she ate 3 chocolate chip cookies my friend Cambria made, and spun and danced and made silly eyes.  It was such a reprieve.  Of course it was followed by her utterly smashing the last remains of a cookie and then throwing a psycho fit when I locked her in her eating chair while I cleaned up.

I am spent.  There is no end in sight.  Harm continues to rise and threaten.  I don’t see light right now.  But I cling with hope to the promises God has given me – secured by the blood – the very life flow of His own child – His own beloved.  I know how much the life of one’s child costs.  This is what God sacrificed to secure His promises for me.  So I sink into those promises.  In my exhaustion and my trembling fear for tomorrow, I hope for what my brother reminded my of tonight – Redemption.  I put my hope in that – that this is not all for naught – that God will redeem it.  Lord hear our prayer.