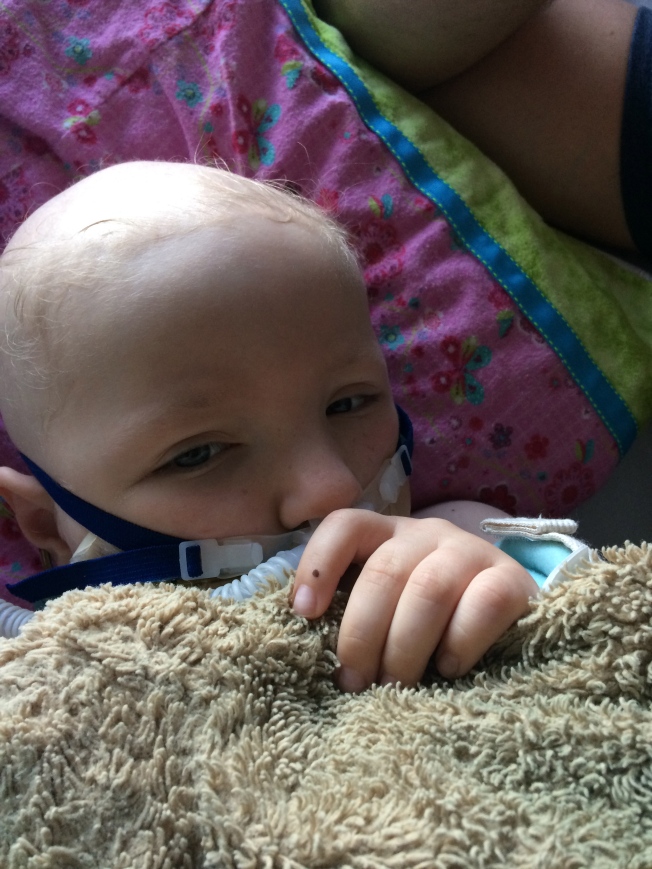 That’s right, Allistaire was extubated today!  During rounds this morning it came to light that the donor lined up today to donate the neutrophils was ineligible which meant there would be no transfusions today.  Our sweet PICU doctor, Tom Brogan, suggested that since she has been doing so well, that we should remove the breathing tube.  He said that while it is possible that she could get sicker once she had the transfusion of neutrophils, that more than likely she would do well.  He felt safe about giving her a chance without the breathing tube, knowing that if necessary, it can go back in.  So over a relatively short period of a few hours, a step down approach was taken to her ventilator, culminating in the removal of the breathing tube.  It was of course quite traumatic for her for a short bit, but she calmed down soon enough.  What really made her mad in fact was not the removal of the breathing tube so much as then having to have the nasal cannula placed for high-flow oxygen.  She is on the high flow mostly to help inflate her lungs, thus reducing the work of her lungs and in turn reducing the work for her heart.

It was the most wonderful sound in the world to hear her voice, soft and raspy though it was.  “She’s come back to us,” I rejoiced.  It really did feel like we got our girl back.  Since that time in mid afternoon she has been doing really well.  She isn’t up for much talking but has said a few things and said Hi to Solveig on the phone.  The other joy is that she has been able to keep her hands off of the tubes and was thus freed from her little blue quilted handcuffs.  She seems to be enjoying moving around more on her own as well. Since Saturday morning she has mostly sat in bed like a great bloated buddha in a semi-lotus position.  For the first time, she has moved over on her side on her own.  She is stretching out her legs, raising her arms over her head, gripping on to Doggie, Piggy and Kitty and of course, sucking her thumb.  She was actually awake enough to watch some cartoons for a few hours this evening on her iPad.  This is by far the longest she has been awake since we got here.  In fact, most of the time she only has had her eyes open for a few minutes at a time.  This is in part due to the fact that they have been able to turn down her morphine a bit since she no longer requires the same amount of sedation as she did with the breathing tube.  But after a few hours, she was definitely done.

While extubation was a major event, it really was a rather quiet day.  Sten got some work done down in Starbucks and my mom came over for a visit.  Behind the scenes the nurse and doctors have been really trying to strategize how to reduce her fluid load.  There are SO many fluids they are trying to get in her body.  The antibiotics alone end up accounting for a good deal of volume.  Additionally they are really trying to get in her TPN, though that is the fluid that has the lowest priority.  Her potassium was down and so she was put on a drip that they are trying to convert over to the TPN and they even concentrated her morphine.  It continues to be a delicate balance of meeting all the varying, sometimes competing needs.  Because her blood pressures were doing so well, they did give her a dose of Lasix which pulled of an impressive volume of urine.  Thankfully her kidneys continue to function well.  The nurses are also consistently attending to the NG tube and pulling out the fluid from her stomach which makes about a half a litre of fluid each day.  They also can pull out air that seems to have gotten in her tummy.

Overall the plan simply remains trying to keep her stable.  The only big change that I know of is getting the neutrophils tomorrow.  As was the case yesterday, Allistaire has asked for Sten a number of times when he was out of the room and she had become agitated.  They are just so sweet together.  I knew before I married Sten that he would be a great dad.  He is so tender and kind to her.  What a gift he is to us!

As you can see, our Solveig got her violin today.  She is so excited about learning to play.  We are blessed to have Sten’s family helping out so much with her at home and to have Grandma JoMarie’s help with music lessons.  We have bounty upon bounty.  A sweet woman I do not even know, other than her name, dropped off a mini feast for Sten and I to enjoy tonight, without even asking.  Thank you Libby 🙂  Thank you so much for all the abundance of prayers and just amazing compassion.  We take joy in our indebtedness to you all! 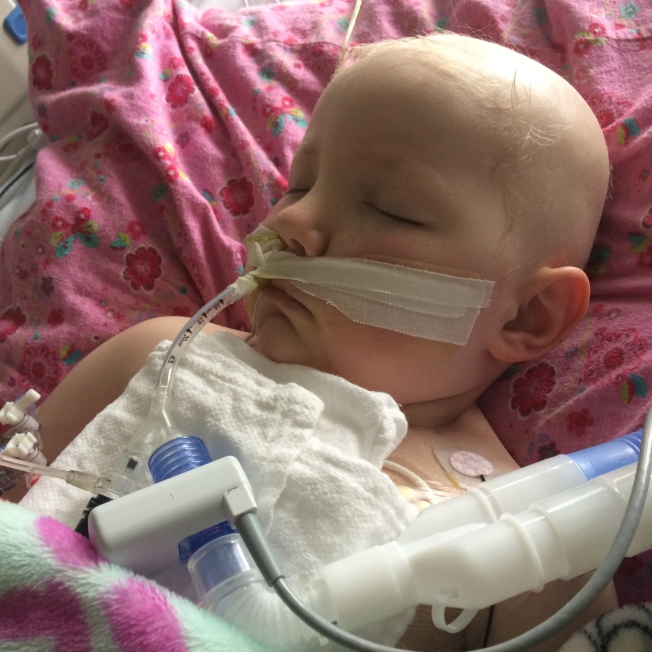 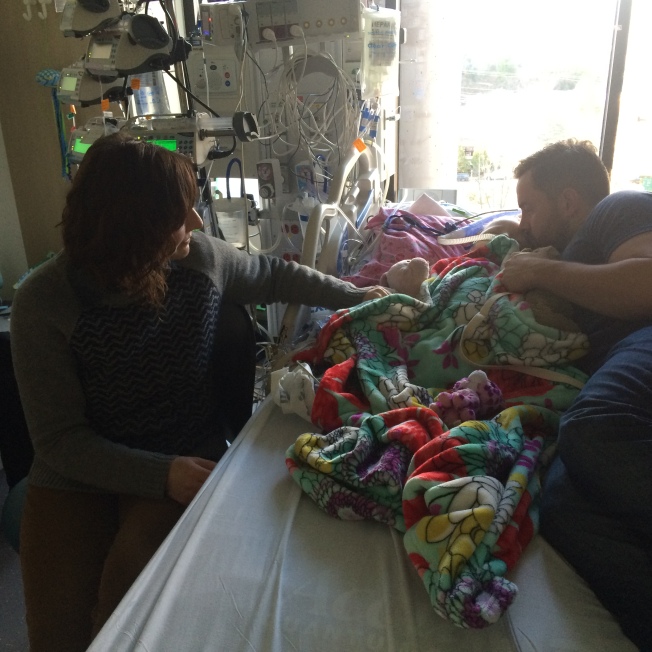 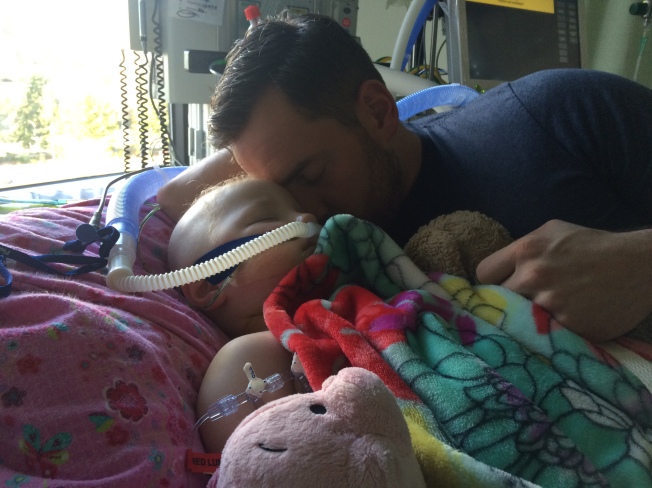 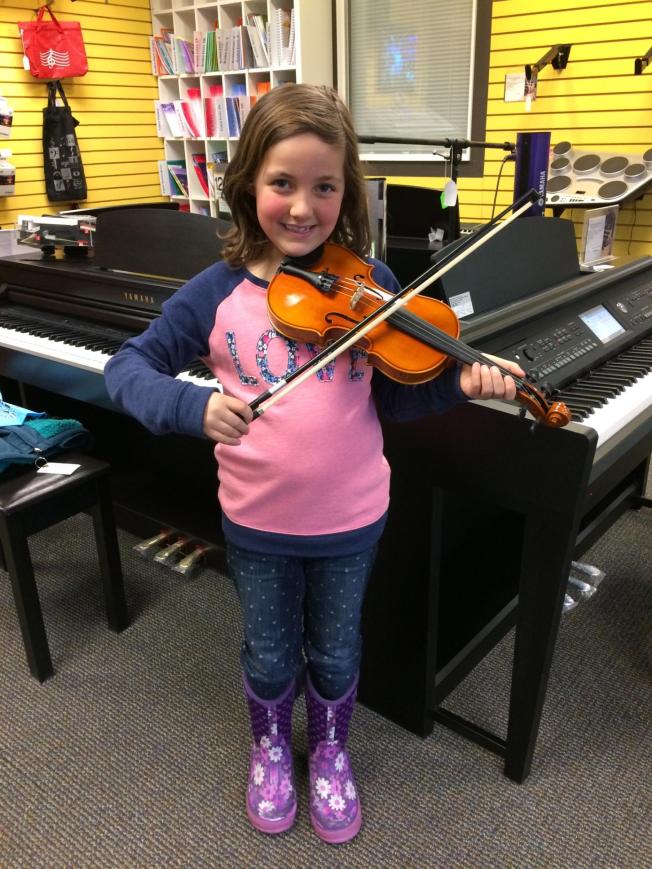 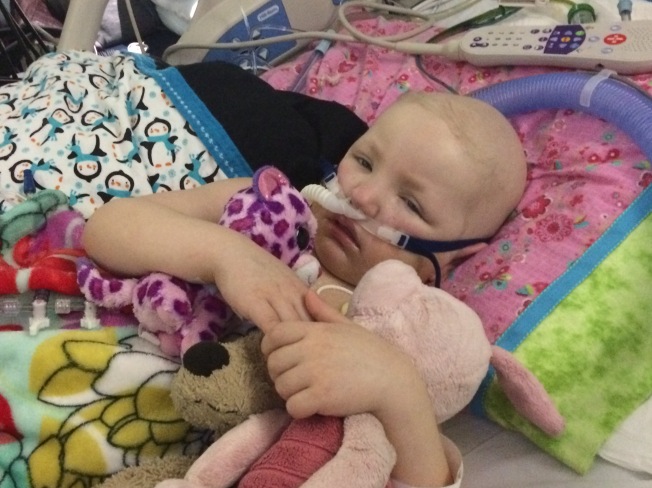